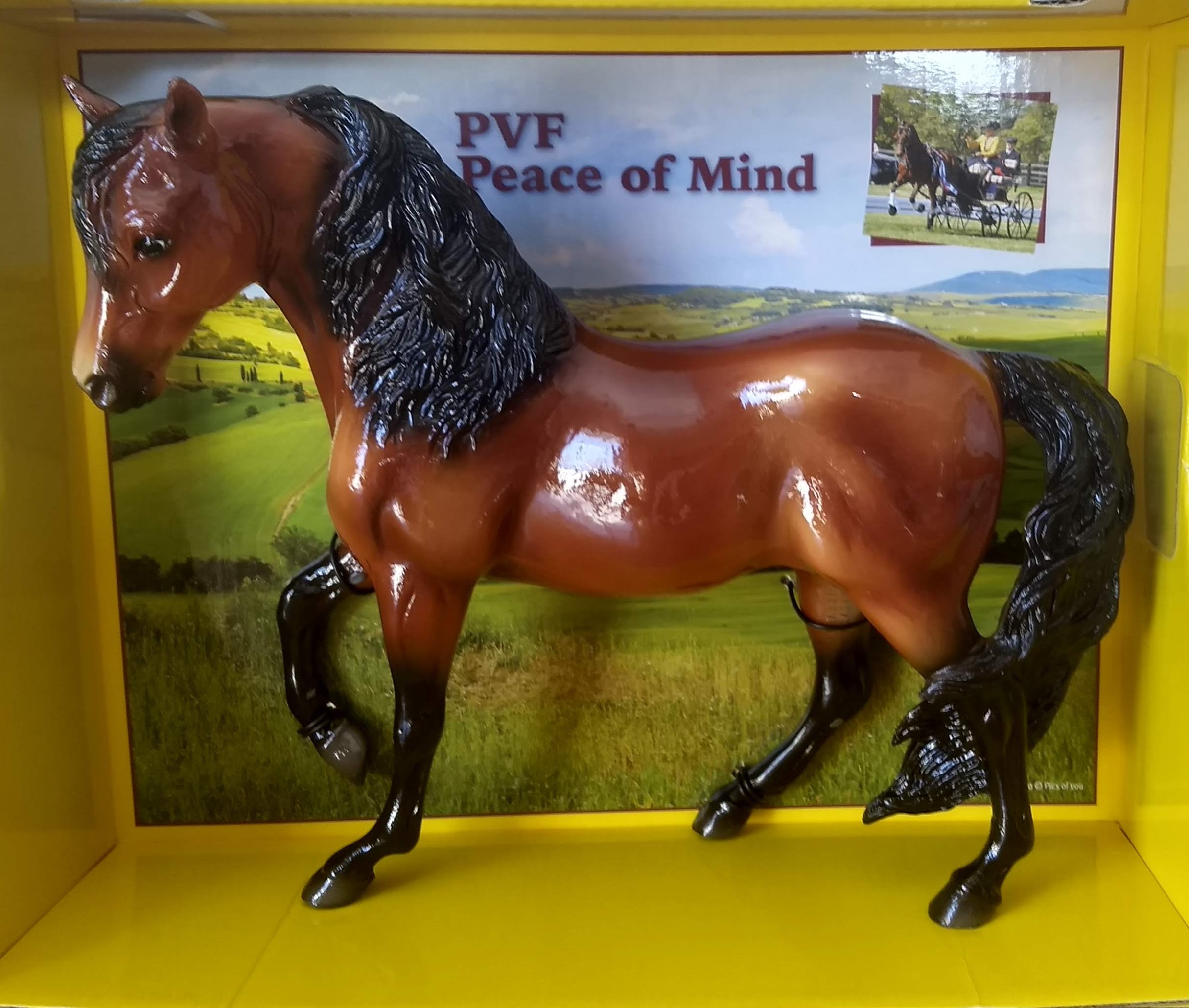 A Great Example Of Accountability By Breyer

Today we’re going to be looking at a company that’s done something right in the world of ethics, and that company is Breyer.

It isn’t a company that gets a lot of publicity, but despite that, they have done some great things in their corner of the world. Breyer is a plastic molding company that almost exclusively produces model plastic horses. They do produce plastic models of other animals as well, but horses are their main focus.

You may be thinking:

“How much demand can there really be for model horses?”

The answer is “Way more than you might expect”.

The majority of Breyer’s sales come from horse models that function essentially as toys for kids. They’re very pretty, and sometimes even come in the form of unicorns and Pegasi, which is delightful for little girls (and boys) all over the world. They also make barns, trucks, trailers, riders, and other accessories that go with them. Breyer models are the equivalent of dolls for pony loving children everywhere.

But there is also another side to Breyer’s because there’s a decently large group of avid teenaged and adult collectors that buy, trade, and customize high-end Breyer horses. While the “toy” Breyers usually sell for around $5-$50 (depending on the size), the more “collectible” models often cost $150-$300, and limited editions and one of can sell for well over $1,000.

Needless to say, the people who are really into the model horse hobby tend to be really into it, and are heavily invested emotionally as well as financially.

Where It All Started

In December 2018, Breyer had a Collector’s Club Appreciation Day. If you were a member of the Collector’s Club (a yearly membership that allows exclusive access to several premium models) you could buy $125 worth of models on Breyer.com and get one of five exclusive glossy models for free.

Now, if you’re wondering why this is a big deal, you aren’t alone. I didn’t get it at first either. But when I dug a little deeper into the world of model horse collectors, I realized that these exclusive glossy horses are a big deal. Compared to the number of collectors in existence, there was a very limited number made, and they are now selling on the secondary market for around $250-$350 each.

There were 5 different kinds of these glossy models that club members could receive, and only 110 of each model were produced. And once they ran out of stock, the sale ended. First come, first serve.

With this much exclusivity on the line and about $300 worth of free goods in the deal, you could see why the collectors were excited.

This may come as a surprise, but Breyer’s target collector demographic isn’t necessarily the most tech-savvy.

What’s more, Breyer did not make this deal very intuitive. For a collector to get the glossy model their hot little hands, they had to:

1. Be a member of the Collector’s Club (not a problem, as only those who were already signed got the announcement in the first place)

2. Put $125 worth of qualifying Breyer merchandise in your cart on Breyer’s website (also not difficult – it was made pretty clear what items qualified and what did not)

3. Also manually add a “Collector’s Club Mystery Model” to your cart that isn’t usually listed in the store (this is where the real problems ensued – the mystery model was reportedly difficult to find, and the wording in the email that detailed this step was rather ambiguous and easy for the excited collector to miss)

4. Enter code (this was made very clear in the email and the overwhelming majority of club members had no problem with this step)

While this process was outlined in the promotional email, it was not outlined in a convenient list manner like it is above. It was mixed in with a bunch of other text and wasn’t super clear.

And because of that, a lot of people missed step #3. So now there’s a horde of excited, emotionally invested collectors who think they are getting a free exclusive model… but who actually aren’t.

Well, it didn’t take long for people to start talking about it on model horse forums and Facebook groups, and buyers quickly started to realize their mistake. They immediately started calling Breyer’s customer support in a panic, telling them that they’d messed up and asking if there was a way to fix it.

What Breyer Did About It

This is where I give huge credit to Breyer. From what I can gather, as soon as Breyer realized that multiple people had made this mistake, they paused the sale and manually added the special glossy model to the past orders that had missed that step.

This is the part where I start missing some information. I don’t know if they had to make more of their limited edition models, or if they called the sale off early to make sure that all those that made the mistake still received their model, but what I do know is that Breyer responded very quickly and made sure that their Collector’s Club customers who had already ordered all received their special models.

Please note: this information is all coming from a third party that wasn’t directly affected by this sale (me). I would love to hear the viewpoints of anyone who was directly involved – either collectors or Breyer. Also, if anyone from Breyer sees this and can clarify what exactly happened after the mistakes were discovered, please leave a comment or let me know and I’ll gladly update this story. But now, I’m going with what I have.

How Do They Stack Up?

As a reminder, the ethics principles I use to grade a company are:

Let’s see how this incident with Breyer exhibited these four principles.

Honesty didn’t play a huge role in this incident, except that they said they would have a sale and they did. The customer support staff were also honest with how they were handling it, at least based on the reports I’ve gathered.

Much like honesty, transparency wasn’t the major issue here, but we can still learn a thing or two from how they handled it. The only thing I think that could have been improved in this area was letting people know if more models were made. In the collecting world, that may change the value due to higher supply. But if they didn’t have to make extras, then I think they did pretty good.

This is what earned Breyer this article. The level of accountability displayed here is exemplary. Technically, Breyer did nothing wrong. Sure, the system was a little complicated, but they were offering an incredible deal. They have every right to set up their checkout system in any way they want.

But instead of blaming the customer for doing wrong, they accepted that they had made a complicated system and went out of their way to correct the problems that arose.

Again, they weren’t even correcting their mistake! They were correcting other people’s mistakes! That is the epitome of accountability. I expect all companies to own up to their mistakes, but taking responsibility and actively making changes when you aren’t even at fault shows an extra measure of care towards your customers.

Consideration is the only area where Breyer fell down on this one. If they had been thinking about their customer base a bit more, they probably could have come up with an easier way to set this up. From previous experience, they knew people would be swarming all over this deal, and they knew that not all of their customers are all that tech savvy. Mostly it just showed a lack of forethought towards what people would be feeling, so they lose a few points on proactive consideration.

On the other hand, their reactive consideration was great. Once the issue manifested, it seemed like they did quite well at considering both the financial and emotional investment that their customers had put in, and did their best to make sure they got what they were looking for.

Breyer has a very niche customer base. When you have that limited customer base, it is absolutely crucial to keep them loyal. Otherwise, you risk the long-term atrophy of your customers.

The hope is that businesses will make ethical decisions because it’s the right thing to do, not just for profit. But Breyer shows that treating your customers better than you “have” to can create enough loyalty and goodwill that it more than outweighs the associated costs.